Aggregating a lot of data into a centralised place, cleaning and joining data from different sources when building a data warehouse looks very similar to what we do with an MDM. So what’s the difference, and when might one be enough?

Frequently when building a data warehouse, you’ll notice that you’re starting to aggregate a lot of data into a centralised place and cleaning/joining data from different sources. At a glance, this looks very similar to what we do with an MDM. So what’s the difference, and when might one be enough?

What is a data warehouse?

A data warehouse is a central system providing a place to store, model, and analyse data from across a business. Data warehouses are generally MPP databases which provide a SQL interface. Data will be loaded into the data warehouse through a data integration tool and then modelled by analysts to produce cleansed data. This data is then used to provide reporting for the organisation, such as total sales volume per region.

What is an MDM?

In short, a Master Data Management solution is a central system providing a master version of important company records. For example, a bank might use an MDM to see a single customer record that spans their personal banking system, their business banking system, their fraud detection software, and even their email marketing system.

With the below, it’s important to keep in mind that every MDM tool will have different functionality. Not all of the below will be true for every tool but will give you an idea of the spectrum of tools.

How they complement each other

A good MDM tool isn’t just designed for humans, it’s designed to be able to be used by other systems as well. If you find you’re spending a lot of time manually fixing up records in your data warehouse, an MDM with powerful entity resolution capabilities might be able to replace a large part of your data integration process. In this world, you’ll be using the data warehouse for analysis of records that the MDM has automatically cleaned and matched.

As the data maturity of organisations improves, we might find that we’re relying less on scattered data and more on well structured decentralised systems. This is fundamentally a problem of ownership, which is why we see it generally being solved in organisations with sticky teams and solid boundaries (such as microservice-centric organisations). That’s not to say that organisations won’t end up with data scattered across different systems, but the solution might no longer be a centralised MDM, and we might be able to rely more on decentralised integrations between teams and services.

For most of us, however, we will find that the first priority in our organisation will be reporting and analytics, not cleaning data and matching records (and even then, that can generally be done in the bounds of a data warehouse project). As such, most organisations will be able to use the data warehouse in lieu of an MDM, feeding any data issues back into organisational change or source system data improvements, as opposed to into a centralised tool.

Get in touch with Ruben Slabbert 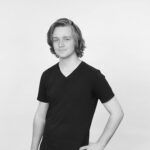 How does an agile approach differ from a traditional way of working? This post provides a brief overview of the differences and benefits of an agile approach to delivery, illustrating and comparing four key areas (visibility, adaptability, value, and risk) with a more traditional approach. Assessments are not all bad

If you’re familiar with maturity assessments, you may have heard a few criticisms about their value and effectiveness. In Felix Kiefer's experience, what has been evident is that assessments that are owned by the team produce more value. User Stories | What is a User Story?

A user story is a simple description used to understand a feature to be made, typically used in Agile work environments; the story of a user. They are meant to be told from the end user's perspective to contrive the most business value.